While the Dumb & Dumber film was not actually filmed in Aspen, Colorado the directors do shoot for some accuracy. The hotel labeled "The Danbery" used in the movie was actually the Stanley Hotel located in Estes Park Colorado which is 200 miles away and 4 hours and 30 minutes by car if driving down to Aspen. The police cars used in Aspen, Colorado at the time were Saabs like the one pictured below: 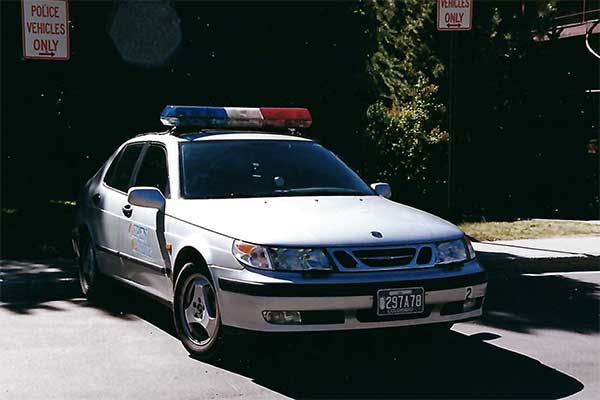 After the villains Nicholas Andre and JP Shay get arrested at the end of Dumb & Dumber they are hauled away in a Saab Police car even though Estes Park, Colorado did not use Saab Police cars while Vail & Aspen Colorado did as you can verify for yourself in the clip below.

It's a difficult landscape for many right now. The best entrepreneurs and companies can persevere and the weak ones will get swept up by the storm and taken out. Andrew Chen formerly of Instagram & Uber works for Andressen Horowitz now and covers great thought leadership angles in the venture capital world. In his latest newsletter he covers a myriad of complex trends that we've run into over the last 2 years.

While the world experienced a fundamental shift with covid-19 and the remote work trend that only accelerated and helped big tech, small tech, and emerging tech startups. Now the biggest hurdles for new products and advertisers is dealing with the Apple Privacy Changes on ad networks and the removal of some cookies with Google's ad-tech. Another trend popping up in 2022 is the stingy venture capital landscape where valuations are being cut in half so you have to do twice the amount of revenue to achieve the same valuation and in a downward cycle where inflation is on the rise and expenses are being cut that becomes quite difficult.

In addition Andrew Chen says that hiring freezes that are happening the big question mark behind the future of web3 and metaverse plays and how leaders will reinvent themselves similar to the smartphone and mobile app store boom we saw in the early 2010s. The new environment is rapidly taking shape and as Andrew says "it’s critical for teams to take a pause, figure out a new approach, and build towards the next boom."

If your idea is rejected don't give up

If your idea is rejected don't be upset. It's important to be resilient and resistant to hearing words like NO and this is a stupid idea. I say this because today I learned about the German invesntor George Ohm who created the world famous "Ohm's law" was rejected by the German scientific & education community for over a decade after Georg Ohm published his research. So keep on pushing if it makes sense. If you have an idea that is not true or is a crap shoot then maybe it is best to try something else but in the case of Ohm's Law George knew the science and it all made sense but the ignorance and stupidity of others stopped him from being a proven success for many years.

Uber Suggest was a tool that allowed you to check out and see what drop down terms in Google's Autocomplete populate with. Now that tool is gone (I think Neil Patel bought the domain but I'm not sure) there is a new one from Joe Hall that popped up called Term Suggest: https://termsuggest.com/ it allows SEO experts to research all of the drop down suggestions and what terms you can target.

Another great tool is Surfer.

ESG is supposed to be about environmental, social, and governance and is a fantastic concept that was created to help improve standards across large corporations across the globe. Unfortunately an analyst at Muddy Waters research has a new meaning for ESG and it has nothing to do with the environment instead Hannon Armstrong stock is plummeting on the news of Muddy Waters saying in this instance it stands for Exaggerated, Scamming, and Grifting.

Now Hannon Armstrong is fighting back (Sounds like they could use a Brandefender to help they navigate this PR crisis. Their statement to CNBC is:

"The 'report' by this deceptive short-seller, for which the Justice Department is investigating for suspected coordinated manipulative trading, is an attempt to mislead and confuse the market. The report is replete with factual errors and numerous inflammatory and misleading statements ,Hannon Armstong's accounting is fully compliant and indicative of our performance. We are proud of our long history of transparent disclosure and best-in-class accounting practices."

Carson Block of Muddy Waters Research says its the first US public company dedicated to ESG where the disclosures were being declined and after a lot of digging into joint venture partners, PMI, Delaware UCC filings, former employees and the company has odd accounting practices with renewable projects with tax equity investments. While not illegal the book value change is taking the tax credit value and runs it as through its old income.

Disclosure I do not own or invest in Hannnon Armstrong HASI at this time but hope that those focusing on ESG are actually doing so to improve the environment.

What would you talk about in a business interview?

Ever consider what questions would come up? What are you okay with discussing and what are you not okay revealing? Just something interesting to ponder this July.

Posted at 12:16 PM in Entertainment | Permalink

One of Rich Ruddie's Favorite Quotes

Quotes can be inspiring and give you a new sense of motivation. Sometimes they explain a situation when there are no words to say. Here's one of my favorite quotes and the reason why is below:

"There is no reality except the one contained within us. That is why so many people live such an unreal life. They take images outside them for reality and never allow the world within to assert itself." Hermann Hesse

Hermann Karl Hesse was a 1946 Nobel Prize winner from Germany. The German-Swiss poet, novelist, and painters works crossed multiple continents. His best-known works include Demian, Steppenwolf, Siddhartha, and The Glass Bead Game, each of which explores an individual's search for authenticity, self-knowledge and spirituality.

As there is no reality except the one we create and as we do things in life that the general response is "you can't be serious" or "that can't possible be real is it?" is often asked and it's important that we all live a life that feels unreal because it will push you to do bigger and better things in your lifetime and make your mark on the world.

What are you doing to change the world?